What is Wagashi?A Guide to Traditional Japanese Sweets Happy New Year!
Let’s talk about sweets to kick off 2021.
Everyone knows about Japanese snacks—from Pocky to gummies, to ramune to matcha KitKats and mochi ice creams.
But what about wagashi? Perhaps you’ve had daifuku rice cakes or dorayaki sweet bean sandwiches? But with so many varieties—from local specialties to seasonal treats used in tea ceremony to street food—the world of traditional Japanese confections goes much deeper.
Let’s explore the culinary art of wagashi♪ History of wagashi goes back more than 2,000 years to Japan’s Jomon period (c. 14,000-300 BCE) which coincides with the Neolithic Period in the West. The very first dango (steamed dumplings) were said to be made with finely crashed tree nuts rolled into small balls after skimming off the impurities in water. How cool is that wagashi originates in such ancient times?

During the Asuka and Nara periods (600-700’s CE,) sweet treats and recipes were brought in from China. As the tea culture developed, Japan’s original recipes and methods were also added to the production processes and the ancient treats evolved into beautifully designed wagashi that we know today.

Later during the Edo period (1603-1868 CE,) the culture of wagashi was refined rapidly as local specialties were created in all regions of Japan. Many of the wagashi we eat today were created around this time. In fact, some of today’s well-established wagashi makers like Ise’s Akafuku and Kyoto’s Izutsu Yatsuhashi Honpo were founded during this time as well.
Wagashi was passed down through the ages and became a popular snack enjoyed by all♪

Wagashi comes in a wide variety of shapes, sizes, and presentations. It can be categorized particularly by its water content, production method, or its usage. Let’s take a look at the different types of popular wagashi and their respective histories. Dango are small, sticky dumplings made of kneaded sweet rice or non-glutinous rice flour typically skewered on a stick. Dango has a long history—records of dango date back to the Heian period (794-1185 CE,) in fact. Popular dango include Mitarashi Dango with thick sweet soy sauce and lovely Hanami Dango with green, white, and pink dango skewered together on a stick. 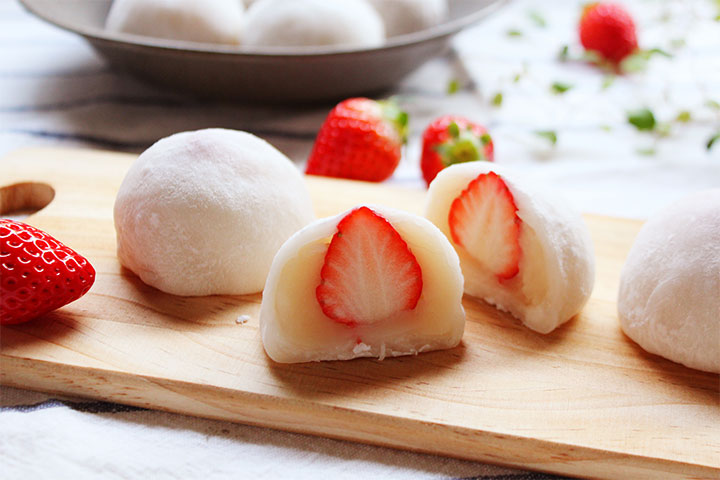 Daifuku are perfectly round white mochi filled with sweet azuki bean paste. Uzura-mochi, popular sweets among commoners during the Edo period (1603-1868 CE,) dusted with sugar is said to be the first form of daifuku that became popular throughout the country. Wagashi artisans have come up with various ideas over time and produced many types of daifuku including long-time favorite Mame Daifuku, which has azuki or black soy beans folded into mochi, and Ichigo Daifuku (strawberry Daifuku) that started a wagashi boom back in 1980’s, typically containing a fresh whole strawberry in the center of daifuku. Needless to say, daifuku is beloved by everyone, old and young alike. Manju are steamed (sometimes baked) thin fluffy buns filled with sweet azuki bean paste or other fillings. Cha Manju (tea manju) uses a dough made from flour and brown sugar and is a popular souvenir at hot springs. Joyo Manju are made with yam flour. The most well-known Joyo Manju are called Kohaku Manju, a pair of red and white manju typically offered as a celebratory gift at a special occasion such as weddings. Sake Manju has a sake-flavored skin and is said to be the original manju in Japan. The process of making Sake Manju is similar to that of making sake. This fermented manju is popular among international visitors. Fish-shaped cake (similar to waffles) traditionally made with sweet azuki bean filling, Taiyaki is a representative of popular wagashi. Opinion as to where Taiyaki comes from is divided, but one leading theory indicates Taiyaki was derived from Imagawayaki (thick round pancake-like dough stuffed with sweet azuki bean filling) during the Meiji period (1868-1912 CE.) Taiyaki even has its own song, Oyoge! Taiyaki-kun, released in 1975. This cute children’s song became the best-selling song in Japan with over 4.5 million copies sold, a record certified by Guinness World Records. 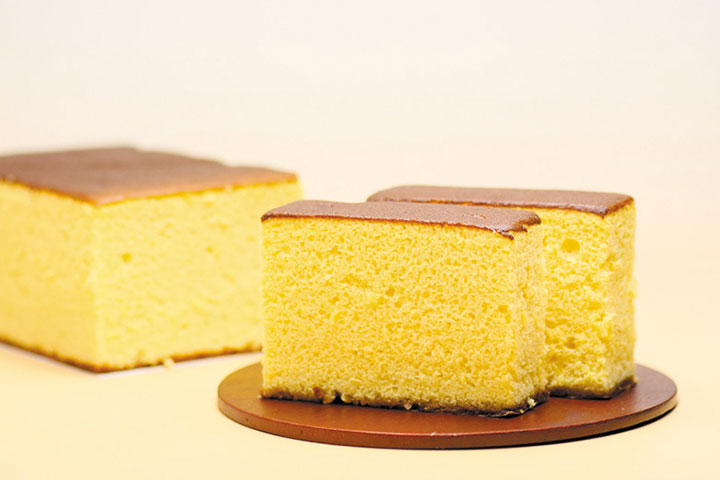 Kasutera is essentially a sponge cake, made with flour, eggs, and sugar, and is said to be a recreation of pão de ló, Porguguese sponge cake brought to Nagasaki by Portuguese merchants during the Muromachi period (1336-1573 CE.) The cooking method used for Kasutera was completely new in the wagashi world, generating a buzz back then. The Japanese has enjoyed—and continues to enjoy—the simple yet delicate flavor of Kasutera for centuries. Yokan is a firm, jelly-like bean snack made of a mixture of azuki beans, sugar, and kanten agar, kneaded and cooked down then hardened in a mold.
It is interesting to note that the word “yokan” originally referred to a Chinese lamb stew which was brought to Japan by monks during the Kamakura and Muromachi periods (1185-1573 CE.) It became the root of today’s Yokan when azuki beans were used in lieu of lamb as Japanese Buddhism at the time prohibited the consumption of meat.
Today, Mizu Yokan (literally “water yokan,”) which is closer in consistency to western style jelly with a higher level of water content than regular, firmer Yokan, is also popular in Japan, especially in summer. A star of omotenashi (Japanese hospitality,) Nerikiri is served at Japanese tea ceremonies. They are made with white bean paste and a thickener (such as yam or flour,) carefully molded into seasonal flowers—plums and hydrangea for example—or other beautiful, intricate, and typically seasonal designs. Introduced during the late Edo period (1800s CE,) Nerikiri is an exquisite work of art that highlights the culinary skills of wagashi artisans.

※Each wagashi uses different ingredients and has its own storage life. Always check with the shop or the product labels for the list of ingredients and expiration dates.

Sakura Mochi and Hanami Dango in spring, Mizu Yokan in summer, Ohagi (sweet rice balls with sweet azuki bean filling) and Kuri Kinton (mashed sweet potatoes and chestnuts in syrup) in autumn, and Yuzu Mochi (yuzu flavored mochi) in winter—one of the best thing about wagashi is that you can taste the four seasons through sweets.

Nerikiri takes it one step further and takes on—literally—the shapes and colors to represent each season, often expressed with the designs of seasonal flowers such as sakura cherry blossom, plums, and chrysanthemum. Each piece of wagashi bears the tradition, history, and passion. With numerous wagashi shops, from established stores with a long history to the new and modern, wagashi is easily accessible in Japan. You can find them at not only specialty stores but also department stores, grocery stores, and even convenience stores around the corner. Savoring these small, delicate confections is truly a Japanese experience, an experience not to be missed while visiting Japan. 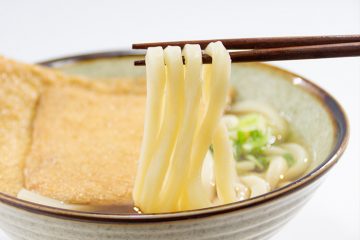 Osaka’s flavor begins with dashi broth carefully made with bonito flakes and dried sardines, and … Fresh Fruit And Mochi Are A Match Made In Heaven

One of Japan’s most famous desserts is the daifuku, a soft chewy mochi ball filled with sweet … 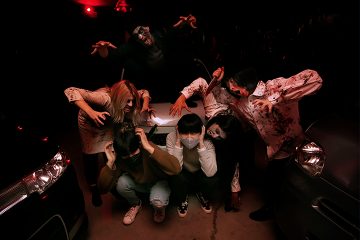 A View from Above: Umeda Sky Building